On the following table you can see the available leagues.
We will add some new leagues soon.

Email ThisBlogThis!Share to TwitterShare to FacebookShare to Pinterest
Labels: General

It is available from Android version 3.0.0 of Bet Data
In a few weeks this feature will be available also on iOS.

We refer to this feature as "Excluded leagues".

You can see all your excluded leagues on the tab with the red icon.

When you want to exclude a league you just change the switch to the left (red).

If you want to restore a league you just change the switch to the right (green).

Exclude the leagues that you never use. You will have better performance and less data traffic. 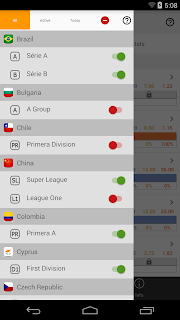 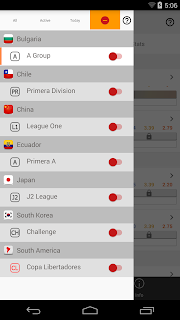 Coming soon on both iOS and Android